We could hear the noise; it sounded like a band rehearsing. As we assembled and fitted a new baby bike seat for Frankie we grew more curious to find out what was happening.
A short cycle later, we found a band in the bowl. The Islington Park skate bowl was being used as the set for a music video for a young band and a bundle of willing extras as they saw the light fade behind the figs and arranged car headlights to deny the night.
One camera on a tripod and a roving phone. PA pumping with a portable generator. Crowd asked to jump in and mosh.

And the guy on the microphone said: look out for each other – respect each other
Because they can. 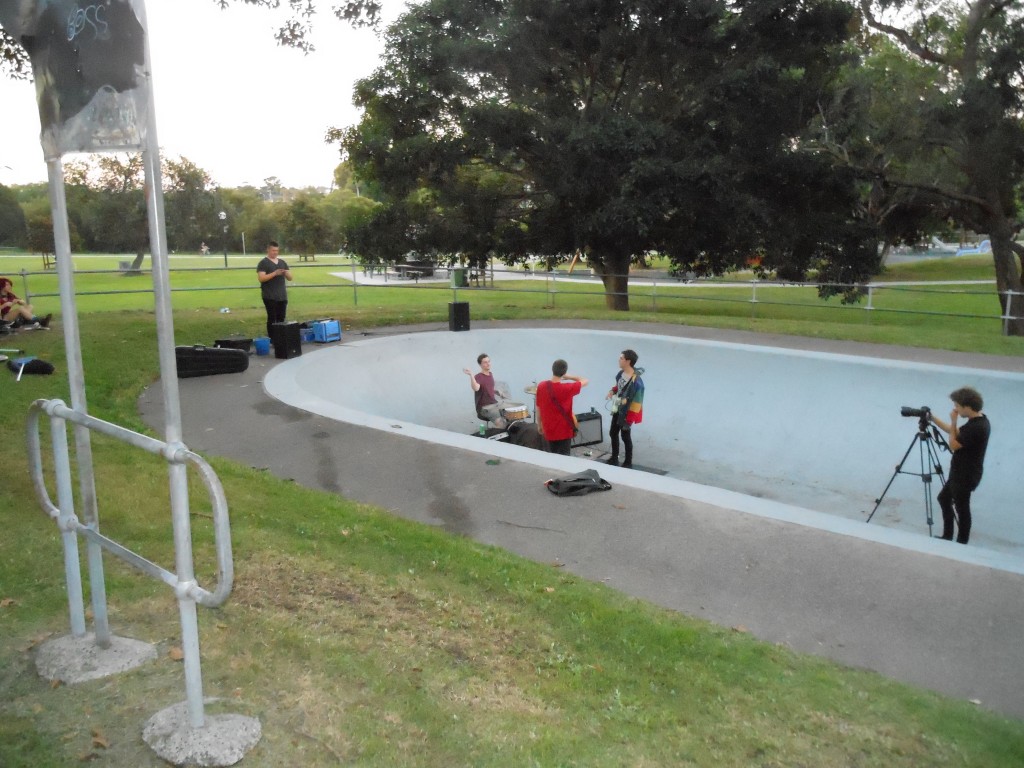