Ever since I can remember, as a young boy growing up on a farm in Wongo Creek, in country NSW, I’ve always wanted to visit London.

Now, after enduring a record breaking 45 degree day in Sydney a week ago, I’ve just been out for a walk around some of the places which have been so familiar and yet, until now, so distant.

The flight via Dubai consisted of around 21 hours flying time to arrive at London Gatwick airport where the entry process was hassle free and soon saw me aboard the Gatwick Express and, 30 minutes later, alighting at London Victoria Station. I’d booked a room at the Grosvenor, right next door to the station and, after a shower to wash away the grit of a long flight, set off to the nearby Shakespeare Hotel to sample some of the draught cask ale, still hand drawn by pump.

An uneventful night’s sleep and an orientation walk was on the cards.

First stop, a few minutes up the road was Buckingham Palace. 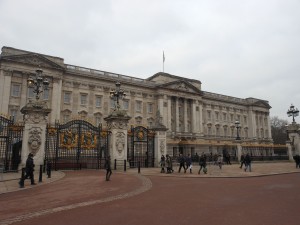 No sign of the Queen, but the remnants of snow on the lawns 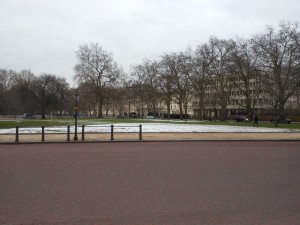 outside the gate and the sight of guards,

heads warm in busbies, marching at their stations to keep warm. 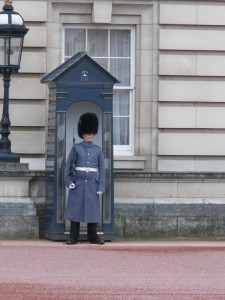 It was a good opportunity to test out my cold weather clothes and, after a few hours out in the London Winter, I figure it’s manageable.

I might even have a go at one of the great share bikes which are everywhere throughout the streets. 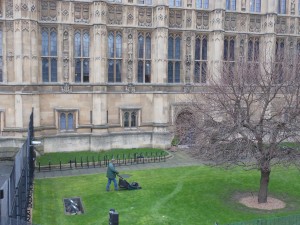 Down by Westminster Abbey and the Houses of Parliament, it’s clear the jobs still need to be done, as the mower man plies his trade, below the towering sight of Big Ben. 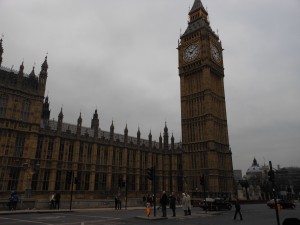 Along past Big Ben, and the massive Houses of Parliament, and the reminders of the development of parliamentary democracy, I am taken by the lonely statue, just past the Sovereign’s entrance, 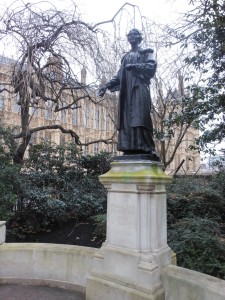 of Emily Pankhurst; whose actions and drive were so important.

As I wandered through the streets back to the hotel for a midday checkout, I found an 02 shop and managed to get connected with a 2gb prepaid nano sim for the iPad mini.

Now, off to check out the tube to Aldgate and check in at my Air BnB apartment for the week.

So far, it has been a fascinating revelation; around every corner, of places and things previously only ever part of my imagination.  As educators, or as humans, we need to remind ourselves of the value of creating dreams and aspirations, and the resolve to achieve them, wherever possible.

4 Replies to “And, finding the familiar”