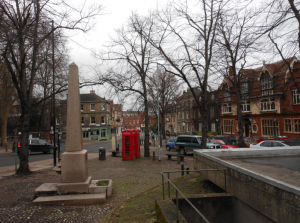 I arrived at Norwich in the dark, making good use of the onboard GPS as it directed me through the hodge podge of maze like streets that characterise these places that have grown up around market squares, castles or cathedrals.

The Maids Head actually takes its name, not from a Maid as such, but rather a type of fish!  The hotel is a jumble of buildings, with the restaurant on the site of a 12th Century monastery.

The bar and restaurant staff; as well as serving fine food and ale, (I had the apricot stuffed pork fillet), were also able to provide some suggestions for live music so, after dinner, I headed off to walk amazed through cobbled streets and find The Wild Man, where a band was playing covers of 60s British covers of Chuck Berry, vintage Rolling Stones, Beatles etc. 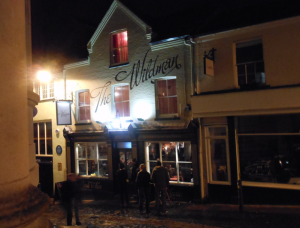 A great little pub with plenty of locals having a happy Saturday night.