This weekend, we have the opportunity to enjoy the Travelling Film Festival here in Newcastle.

This is one of those things which have become regular calendar placements for Newcastle; along with, for example, The Writers’ Festival, This is Not Art and a large number of other festivals or events. We’re also lucky to have plenty of local guides, (like this guide for one precinct), outlining next Saturday’s Winter Heat event), that let us know what’s on, who’s playing where and whatever. 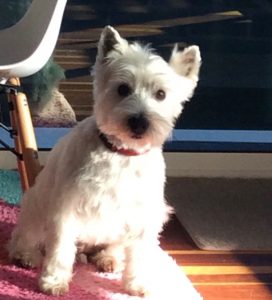 So, after a Saturday rise and brekkie we headed out for a walk with Daisy dog, finding Locomotive, one of our favourite coffee shops, already closed then; calling in to Peppertown on the way back. Now, as you’ll find when you visit, the welded gates, which decorate the outside of the building on the Selwyn Street Side, are made from number of engine parts: valves, spark plugs, heads, etc etc…

There was a time when I needed to have a head shaved at the machine shop which was there in the seventies, before refitting the head and gaskets etc…it still has a sense of practicality about it. Yet, the language of what was happening sounds especially gruesome; all things considered.

You know; one of things we really need to lobby Council for is an improvement to the ‘cycleability’ of the crossing over the rail branch there between Tighes Hill and Mayfield East.  At the moment there is, apart from the Scholey Street bridge, very poor connectivity by bike between Tighes Hill, Wickham, Islington and Maryville to Mayfield. The huge benefit is, tongue in cheek of course, the fun of watching a train full of coal shudder by under the bridge as it rumbles around the loop to dump its guts; wagon by wagon, then clang and shunt its way out again; hollow and squealing as brakes seek to damp down the exuberance and coltish skittishness of a loadless train ready to bucket back up the line to replenish.

We have purchased a pack of 5 movies deal for the Travelling Film Festival so take advantage of the 100 bus to get there.  The fact that the bus gets us there about a half an hour before showtime means that there’s a chance to grab a coffee at One Penny Black in the mall and then wander around to the cinema to settle in ready for ‘Pop Aye‘ There is plenty in this movie to reflect upon in terms of the things which define us at life stages and how some elements of trust may be assumed yet, until articulated, not understood or even known.

This 3.30pm movie ended around 5.10pm meaning that there was plenty of time to walk around to the Market Street Lawn to Street Feast.

Street Feast is being presented by the Hunt and Gather team. Their establishment of markets and a sense of a ’boutique’ market; if there is such a thing, has been so successful and; frankly: ‘edgy and vibey’

The neon sign for the Sunset Gather markets in Pacific Park was genius; as has been the translation to Gregson Park and this event on Market Street Lawn. 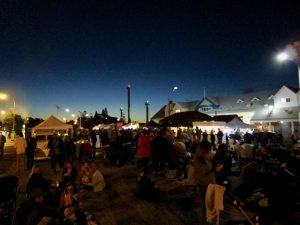 There was much in the running of this event that smacked of a wonderful expectation of the capacity of the punters to; when provided with picnic blankets, random coffee tables, occasional chairs, live music and fabulous food truck and stall choices, enjoy and respect the environment and bring kids and pets along for community fun.

This is such a powerful show of the fact that a whole new generation of Newcastle young people, and their young children, are happy to craft an environment which celebrates the opportunities we have and connects us to past and present and future.

There were children there tonight who will grow up with the sense that change and adaptive reuse is not only possible but an accelerator in the growth engine of human capacity to arrive at a sense of common purpose. 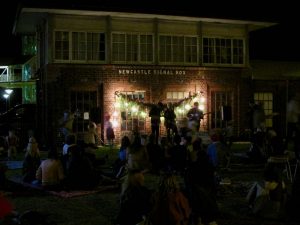 They’ll grow within the environments that are enabled for them both by nature and nurture. I reckon that there is a very cool lifestyle environment available here in Newcastle and it’s showing in the turn out to events like this; and the electric cargo bike full of a family , or the other chained machines ready for homeward cycling. With the lights of a burden bulk carrier in the background being chaperoned off the premises by nudging tugs; families and other groups, couples and whomever gather on the Market Street Lawn to enjoy some music from Winterbourne,

The backdrop of the former Newcastle Signal Box was a great one for the rhythms and harmonies from the guys in Winterbourne. Their predominantly acoustic sound, guitar, electric cello and mandolin worked really well in the environment where there is clearly sense in building new relationships with residents about sights and sounds and a shared sense of what’s good.  And, there is much that is future focused and sustainable, in terms of community cultural embedding, in the presentation of events like this.

We shared a plate from Meet Truck, one of the trucks, and some pastries from Choux; just to be more decadent 🙂 and then walked back around for our 6.30 film at the Travelling Film Festival. 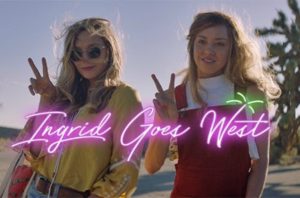 Ingrid goes West raises a number of issues which are probably familiar. In a way, there is a connection with ‘Pop Aye‘ in the alignment to the human affiliation need: to have a place within a social context and; to be liked.

The exploration of the role of social media in creating an influencer status and a resultant searching for relevance, within a universe sustained by the sunny countenance of a quantum of followers numbered in tens of thousands is interesting and a point powerfully made.

As with any engagement with movies, there’s plenty to muddle over for the next while. This will be part of that.

Sunday has a few more movies in store for us. 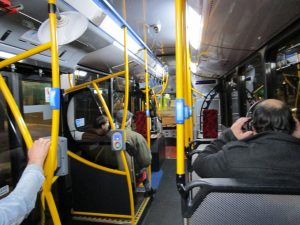 After a couple of quiet drinks to end the night at Mavericks we find ourselves once again within the confines of a nice new 100 bus.

We recall the days when @the100bus was such a powerful presence within our twitter ‘extended family’ here in Newcastle.

This bus really is shiny and new and gives us an excellent ride home.

Any traveller knows that other, densely populated cities, provide frequent metro, tram or bus or, ideally, integrated transport modes. We need to accept the need for higher densities along transport and service corridors, to provide a rationale for so many more opportunity provisions.

Before any of that, our challenge is to unpick that kudos fabric that says that the state of ‘not being a loser’ is manifest in ‘having a car.’

We are lucky to be a part of a Newcastle which is emerging in a new scope of possibility: exciting times indeed.

The Council has worked hard with a number of stakeholders in future oriented areas to develop these Smart and Innovative City ideas. It is such a shame then that:

So far as I’m concerned, there is a massive cognitive dissonance between the smart and innovative ideas and objectives and the justification for a motor racing circuit imposed on an urban residential and business precinct.

In the meantime, it’s so nice to have chosen ‘here’ as a place to be.